Nasa’s Space Launch System, or SLS, is the most powerful, advanced space vehicle that has ever been created to visit planets of our solar system.

The Space Launch System Rocket will launch crews of up to four astronauts in Nasa’s Orion spacecraft on missions to explore multiple, deep-space destinations. Including more payload mass, thrust capability, and highspeed energy than any and all rockets that came before it.

SLS is designed to be flexible and evolvable and will open new possibilities for payloads, including robotic scientific missions to places like Mars, Saturn and Jupiter.

The Space Launch System team continues moving full speed ahead with production and engineering of the first exploration-class rocket since the Saturn V. They continue to make progress aimed toward delivering the first Space Launch System rocket in 2018 to Nasa’s Kennedy Space Center in Florida for its first launch.

Now The SLS is finally made in LEGO[Or at least its close, it needs to get to 10,000 supporters first], so you can take your bricks to the red planet too. The set is built to 1/100 scale so it is built a bit smaller than the current LEGO saturn v rocket on shelves.

Please watch this video to see what scientists think lift-off will look like.

Three minifigures [note: Paul and Karl are actual workers on the rocket!]

The LEGO supervillian Ogel was the nemesis of the Alpha Team for 5 years (2001-2005, the entire span of the Alpha Team theme). Interestingly, the name ‘Ogel’ is the backwards spelling of the word ‘LEGO’, as the evil character is supposed to represent the opposite of fun, play, and happiness. 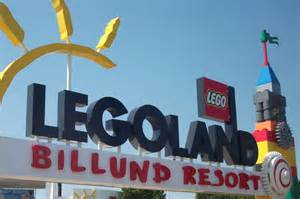 The first ever LEGOLAND Park was opened in Billund, Denmark (The LEGO Group’s natal country) on June 7th, 1968. Back then, it encompassed an area equalling 14 acres; but now, it has expanded to 45 acres with dozens more rides and attractions, all divided into 9 themed areas. The second LEGOLAND Park was opened in Windsor, UK almost 30 years later; and was followed by the first USA park in California, opening only 3 years afterward. Now, there are 6 open LEGOLAND parks (including Germany, Florida USA, and Malaysia), with four more planned for the future (Dubai, Korea, Japan, and Shanghai)!

“This is a large dragon made of bricks and Bionicle parts that is bipedal and wingless, but I honestly couldn’t go any more detailed for lack of pieces.  The head is entirely normal bricks and is attached to a long, stable neck that has a lone pipe running under it and into the tail to stabilize it. END_OF_DOCUMENT_TOKEN_TO_BE_REPLACED