Formerly a member of the long-gone New World Explorer fleet, the Hawk-class fighter jet soared through space on many a scout mission. The single-engine fighter was the fastest and most versatile fighter in the fleet, but was lightly armed and armored. It does have a large fuel tank and powerful engine, plus twin blasters tipping the wings. The wing ends are also reinforced, so that only one extending landing gear leg (located under the main power converter) is necessary to land the craft and balance it perfectly on flat surfaces.

The construction of the ship itself is quite unique, employing multiple advanced building techniques. Not only that, but the wings rotate with perfect friction, and the cockpit opens to seat a minifigure at the controls.

This was one of Brickster_Tim’s LEGO Ideas projects, first released Summer 2016. While it never received much support, it is still worth posting here. 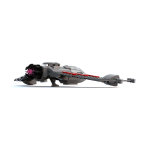 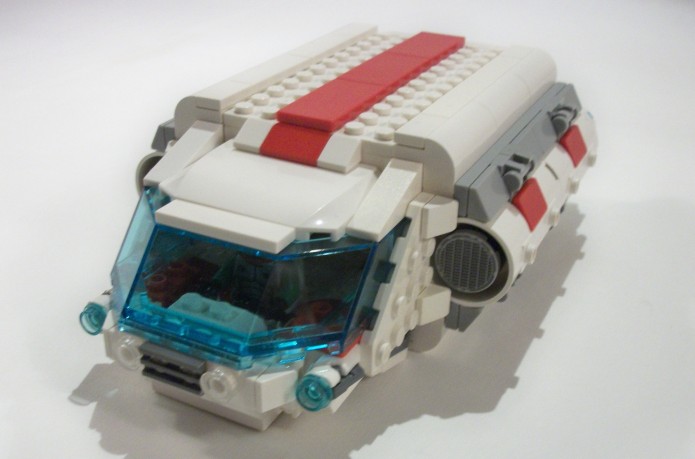 Also a creation based on the Andromeda’s Gates forum on Eurobricks, the Octan C3-class Shuttle is one of the most compact and efficient shuttles in the Octan Corporation fleet. END_OF_DOCUMENT_TOKEN_TO_BE_REPLACED

Inspired by the Andromeda’s Gates series at the Eurobricks forum, this is a huge but beautiful ship with a bit of a story behind it.

END_OF_DOCUMENT_TOKEN_TO_BE_REPLACED

Behold the incredible New World Explorers Ship Sentinel! This behemoth was built with thousands of bricks and has many features, END_OF_DOCUMENT_TOKEN_TO_BE_REPLACED 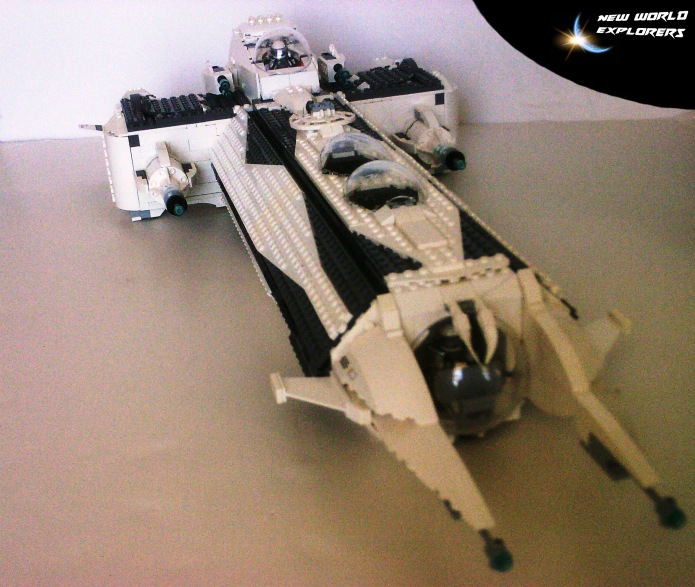 The N.W.E.S Starlight is a bright, eye-catching cruiser designed as an attack ship for the New World Exploration Fleet. It was the first and only ship built to run mostly on energy rather than fuel, with a large blue generator in the back. END_OF_DOCUMENT_TOKEN_TO_BE_REPLACED

“In my opinion, this creation marks the beginning of the employment of unusual building techniques in my works. It was created for a sideways-building contest (where you have to build a spaceship using the sideways-building technique). I built the main wings, then constructed the cockpit using sideways building. With a main engine, secondary thrusters, blaster cannons, missiles, landing gear, and more, this one remains one of my favorites.” – Brickster_Tim END_OF_DOCUMENT_TOKEN_TO_BE_REPLACED

Here is a massive police vehicle with lots of futuristic features, including blue-tipped laser blasters! It also has tank treads, giant wheels, and (of course) helicopter bay. With three pilots (two for the carrier, one for the heli-‘cop’-ter), two officers, and two classic LEGO crooks, this rumbling tank was created for a LEGO police contest many years ago. 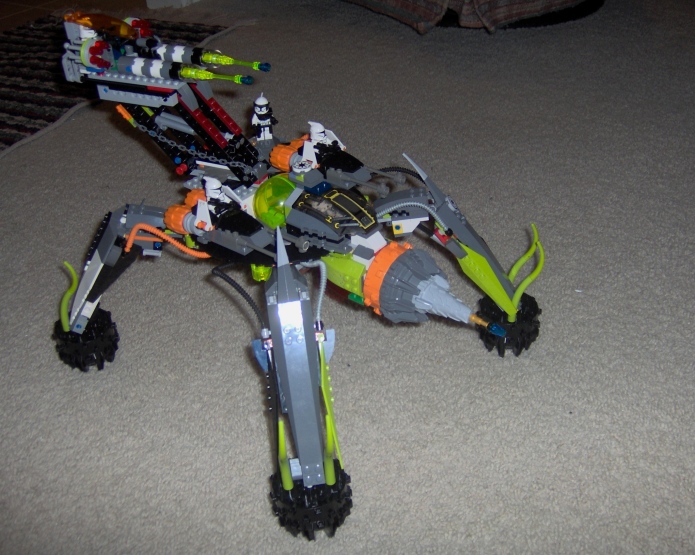 The All-Terrain Ground Assault (ATGA) Crawler was another Star Wars set created for a LEGO contest several years ago. Back in the day, Brickster_Tim put a lot of work into this one. It has slightly poseable, but strong, legs, a giant laser, a spinning turret with firing missiles, a globular prison for captured enemies, and small detachable ships.

This giant ship was created for a LEGO Star Wars contest a long time ago (in a galaxy far far away). Dubbed Heavy Assault Carrier, it had a crew of one, but also had an opening cargo hold, opening troop bays (with room for four clone troopers), wings that slid into attack position, a firing missile in the front, and a barrage of flick-fire missiles.

“This was probably the first set in which I began to creatively use unusual parts in unusual ways: I used the Mars Mission air tube as a power link and for style.” – Brickster_Tim